Assault with a Deadly Weapon Attorneys in Greenville, South Carolina 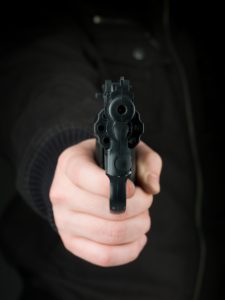 Assault with a deadly weapon is considered an aggravated assault and is punished more severely than a regular assault would be. An “aggravated assault” is an attempt by one person to cause another serious bodily harm, whether they do it on purpose, or through reckless actions. Under the law, this kind of assault involves the use of a deadly weapon in the commission of a crime and is considered a violent offense that carries a more severe punishment.

A “deadly weapon” can be defined as any pistol, knife, metal knuckles, razor, or other instrument that can be used to inflict deadly force. Other objects, such as rocks, bricks, or even a boot can constitute a deadly weapon if that object is used in a manner likely to threaten or cause serious bodily injury or death to a person.

Dedicated Defenders on Your Side
Learn more today

Assault with a Deadly Weapon in South Carolina

Assault & Battery of a High and Aggravated Nature is a felony in South Carolina Section 16-3-29.

Assault with a Deadly Weapon in Virginia

An assault that results in severe injury or “malicious wounding” is a Class 2 felony in Virginia and could result in a lifetime prison sentence and a fine of no more than $100,000.

If you have been charged with Assault with a Deadly Weapon, we're prepared to help. A competent and experienced lawyer can examine all aspects of your case and plan a legal strategy to assist you with this charge and get the best attainable result for you.