Cybercrime (or computer crime) is any crime that involves the use of computer systems, computer technology or the internet. 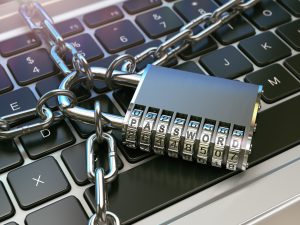 Cybercrime refers to any activity that incorporates the use of a computer as the primary way to transfer or store data illegally. Cybercrime has become more widespread in the last few decades because of the growing and more common use of computers in everyday life. Cybercrimes can include but are not limited to: the dissemination of computer viruses, identity theft, electronic bullying, stalking, and terrorism.

The term cybercrime means that a computer or other type of electronic communication device is used to commit a crime. It is an overall term used to describe any number of offenses that are considered illegal including: the spread of computer viruses, Identity theft, cyberbullying and even terrorism. Other types of cybercrime occur when a computer or other device is the actual target of a crime.

Computer viruses are programs used by criminals to “infect” computers without a user’s consent. The most common way this is accomplished is by attaching or embedding a virus into bogus emails. Once the email is opened, the virus activates and does whatever the criminal has programmed it to do: steal personal and financial information, destroy data, or continue to spread the virus itself by sending the same bogus email to people on the victim’s list of contacts.

Identity theft is defined as the stealing of another individual’s personal information for criminal purposes without the victim’s consent. Stolen identities can be used to access bank accounts, open new lines of credit, and/or enable the thief to utilize this stolen identity for personal gain. Information commonly stolen includes: the individual’s name, date of birth, social security number, passwords and/or credit card numbers.

Cyberbullying occurs when a person uses the internet, a cell phone, email, instant messaging, chat rooms, or social networks to harass, demean, embarrass, or intimidate someone else. It is a crime commonly associated with children and teenagers to make fun of or alienate their peers, however, adults have been found guilty of perpetrating these kinds of crimes as well. Cyberbullying can lead to criminal charges such as harassment or lead to civil litigation with victims suing for restitution and damages for pain and suffering.

Cyberterrorism is defined as any threat made via the internet. Cyberterrorism is used to target government and corporate computer systems. These kinds of attacks can also be used to take control of necessary public utilities like electricity grids, water systems, and communications services. This cybercrime is often used to cause widespread panic and fear.

If you have been accused of committing a cybercrime, it is important for you to contact a lawyer who has experience with handling these kinds of offenses. At Haley Law Firm, LLC, our team of legal professionals will work to get the best attainable outcome for you. When convicted of cybercrime, the penalties can have serious and long lasting negative effects on your life. Call today for your free consultation and find out how we can help you.