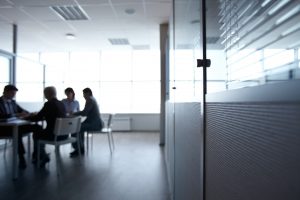 Conspiracy is defined as an agreement or plan made between two or more people to commit an unlawful act. The goal of the conspiracy usually involves depriving a person or entity of something of value with no intention of returning it. Even if the unlawful goal is not achieved, the agreement to act is still a crime.

Due to the nature of the conspiracies, they usually happen in secret. It is not necessary for every person involved to know every step of the plan. Even if a conspirator is only privy to selected parts, anyone who participates in the planning of the crime is considered guilty no matter how limited their role.

The common stages perpetrators go through before committing a crime include:

Get an attorney on your side

Incomplete crimes may include:

Conspiracy – two or more people who agree to commit a crime

Solicitation – the act of recruiting, encouraging or forcing another person to engage in the proposed crime.

If you have been charged with conspiracy, it is important that you seek legal advice as quickly as possible. Our team of legal professionals can help you to defend your case and protect your rights. Haley Law Firm, LLC can give you the help you need. Call today to set up a free consultation.