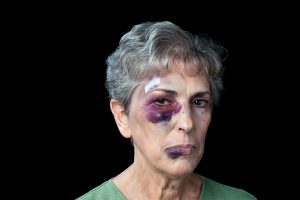 What Defines Elder Abuse in SC?

Criminal mistreatment charges of the elderly can take the following forms:

Any of the above mistreatment should be reported immediately so that the alleged victim of the abuse can be placed in protective custody. Abuse can either be reported to the local Department of Social Services if the abuse is thought to be occurring in a private home or to the State Long Term Care Ombudsman for abuse taking place in a facility in South Carolina. The case will be investigated by the relevant authority and if evidence of abuse is found, charges will be brought against the abuser.

Unfortunately, cases of elder abuse are high in South Carolina and the state provides the least protection for seniors in the United States. However, this does not mean that penalties do not apply to those who are found guilty of this crime. Penalties may include:

Sentencing may however vary depending on the severity of the charges.

Get the Legal Guidance You Need

What Defines Elder Abuse in VA?

In Virginia, the legal definition of elder abuse is extremely detailed and exact. An “Adult” in the case of elderly abuse is defined as any person above the age of 60 years. Abuse is defined as any act that causes physical or emotional pain or an injury or that confines a person unreasonable. Abuse can also take the form of neglect which can be defined as an adult who is not being provided the care that they require in order to maintain a sense of well-being or where an adult is unable to provide for themselves. Exploitation is another form of abuse and relates to the illegal or fraudulent use of funds, property, assets, etc. belonging to a senior citizen. Coercion of an elderly person is also considered to be exploitation.

Elder abuse is considered to be a criminal act and is therefore punishable by law. Any suspicion of this type of mistreatment should be reported to Adult Protection Services or any other relevant regulatory authority who will investigate the matter and criminal charges will be brought against the abuser. Failure to report can result in legal ramifications such as a misdemeanor charge as well as a $2,500 fine and/or up to 1 year jail time.

Punitive damages or a civil remedy may be sought to recover financial or other damages suffered by the victim of the abuse. Fines and jail time may form part of sentencing depending on the type of abuse as well as the severity of the crime.

If you feel that there is maltreatment of your elderly friends and family because of a nursing home or other senior consideration office, Haley Law Firm, LLC, is here to give you the help and direction you need. Contact us today for a free consultation.