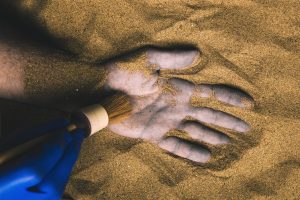 Legally speaking, murder is one of the more unique crimes because it varies so much from state to state. Each individual state has the ability to define the various degrees of homicide, the situations that define each charge, and the punishment that goes with each.

In fact, the same terms aren’t even used in every state. Some states have manslaughter as a charge. Others don’t. Some have multiple degrees of homicide. Some only have one or two. Understanding this helps explain how the charges, burden of proof, and potential penalties can vary so much from one state to another.

Homicide is any criminal action that results in the death of an individual by the hand of another. Most states differentiate between voluntary or involuntary killing. When a person takes the life of another in a case that is not easily deemed self-defense, there’s a good chance murder charges may follow.

What Evidence Is Needed?

This depends on the exact charge that is being pursued by the state. The bar of evidence is much higher for first-degree murder, for example, as opposed to involuntary manslaughter. Depending on whether you’re in South Carolina or Virginia the needed evidence for establishing charges is going to vary.

We Fight for Your Future

set up a consultation now

The state of Virginia doesn’t recognize manslaughter but has an especially large range of potential punishments for second degree or felony charges of homicide. This is what gives judges leeway in being able to determine what level of punishment is appropriate based on the specific details and nuances of the case.

A homicide that occurs by accident or is unplanned during another felony is considered felony homicide while a killing is second degree in nature if a killing takes place but it does not meet the requirements for a capital or first-degree charge. In other words, it’s a catch-all for all other illegal killings.