When you try to take property by power or danger of power from the quick ownership of someone else, you are carrying out the wrongdoing of robbery. 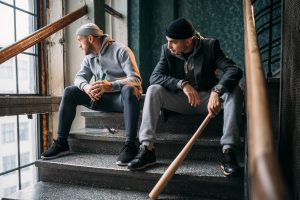 Armed robbery is categorized as a specific type of theft where the thief threatens an innocent civilian with a deadly weapon, a false weapon, or pretending to have a weapon. The consequences are quite serious for this type of crime in South Carolina. These charges are very serious. Theft charges are usually filed in combination with illegal possession of arms or assault with a deadly weapon.

Armed theft happens on a residential or commercial property. When an individual robs a bank in SC, if the bank is federally insured, the offense is charged as a federal crime. Such crimes are handled by the federal court system in the country.

work with our team

Robbery and attempted robbery has different sentences in the state. Here are the sentences associated with both types of crimes in South Carolina.

Robbery – When an individual commits the crime while being armed with a weapon – such as a pistol, metal knuckles, slingshot, dirk, razor or any other deadly weapon – a replica of a weapon, or the pretense of having a weapon, he is guilty of a felony. If convicted of such a crime, the individual will be sentenced to a term of no less than 10 years and not more than 30 years. No part of the sentence would be suspended or granted probation. The individual isn’t eligible for parole until he or she has served at least 7 years of the sentence.

Attempted Robbery – A person convicted of attempted theft under the same conditions as above is also guilty of a felony. He or she will be sentenced to not more than 20 years in prison.

Robbery in The Commonwealth of Virginia

Robbery in the Commonwealth of Virginia is defined as an individual using physical force or fear against a victim to get their money or property by force. When a deadly weapon is used to commit a crime, it is defined as an aggravated or armed robbery. There are three ways a robber can take the money and property of an innocent individual. One way is to use force with a weapon. The robber can also put the victim in fear of serious harm and take his/her money or property. The third way is by using an instrument such as a knife or baseball bat.

In the Commonwealth of Virginia, the crime is separated into two offenses such as first and second-degree. First degree occurs when the robber uses violent force against the victim. It involves a sentence of 10 years to life in prison. In a second degree theft, the robber would place the victim in fear of harm. A conviction of second-degree theft involves a sentence of 5 to 18 years in prison.

You should hire a professional criminal lawyer in the states of South Carolina and Virginia to deal with these types of crimes.